Do plants enjoy being touched? No, not at all.

It seems that being overly nice to your plants can make them stressed, and stressed plants don’t do well.

More challenging than one might imagine is taking care of and making happy plants.

Touching, plants can cause strong defensive responses as well as genetic changes.

This stifles their development and hurts their well-being.

Learn more about why plants dislike being touched in this article.

Plants can feel when they are touched:

Yes, Plants do feel when they are touched. When physically contacted, including by their leaves, water, other plants, or humans, they respond swiftly.

It appears that plants can sense when they are touched, which startled many of the scientists who worked on the tests that proved it.

You can test this by cultivating specific plants.

A person or animal brushing against the leaves of a Mimosa Pudica will cause it to fold up and retreat.

Other plants respond when something touches their leaves, though perhaps not in such a straightforward way.

When plants are touched, do they get stressed? Is it Capable of Killing Them?

Researchers discovered that even a light touch can cause stress hormones to be released and that plants respond almost immediately.

Plants that are handled frequently spend a lot of time under stress, and as most of us are aware, ongoing stress can hurt an organism’s health.

According to some research, touch can have positive effects on plants on occasion.

A light touch can trigger growth and cause a plant to sprout due to stress.

When a plant feels like it is dying, it will frequently produce more flowers and fruit to assure the survival of the following generation.

Stressed plants may expend a lot of energy to grow, but this stress over time is harmful to the plants.

Stress can have long-term effects on plant growth, leaving you with a weaker and less happy plant.

Although touching can stunt their growth and stress them out, it is not so harmful that it is likely to cause major, long-term harm.

You don’t have to be afraid of brushing up against your favourite green friends if you need to clean them up, trim their leaves, or handle them now and then.

However, it is possible that excessively touching a plant could contribute to its death in extreme cases.

If the plant is already ill and under stress, additional handling may cause it to become fatally stressed.

If Plants Touch Each Other, How Do They React?

Many plants tolerate gentle touched for pests, cleaning or trimming them, relocating to a better location, or repotting into a larger container, but even these can cause stress.

To understand why green pets, react so strongly to being touched, consider their natural environment.

In the wild, plants are only tampered with if they are used as food by animals or pests.

As a result, any kind of physical contact causes a stress response.

Some plants may create compounds to ward off herbivores, using up energy that could have been utilized to promote growth or the development of fruit or flowers.

One plant thrives while the other suffers when plants get too near and eventually touch.

Which plants aren’t bothered by being touched?

Some plants don’t mind being touched all that much.

These plants are typically tough and less sensitive to touch.

However, we don’t know if these plants don’t mind being touched or if it causes them to react less strongly. Here’s a list of some of them.

It is a tough plant that can withstand high temperatures and is not overly sensitive to the touch.

Although the jade plant is tough, it must be handled with care because its sap can irritate.

This is another tough plant, but touching it may cause skin irritation.

What plants despise being touched?

The touch-me-not plant, sometimes known as the same plant, is a kind of mimosa that, as we’ve already mentioned, detests being touched.

Another plant that is extremely sensitive to touch. Its leaves are extremely soft, but touching or stroking them should be avoided at all costs.

So far, research has not gone into enough detail to determine which species may dislike being touched the most, but we do know that the Venus flytrap suffers when the hairs in its traps are touched.

Plant Arrangement Tips to Keep Plants from Touching Each Other:

If many plants are growing in a small area, some of them may be vying for available space.

It could be the source of your child’s stunted growth and unappealing appearance.

Here are some ideas for arranging your plants to give each one its own space.

It is the most obvious solution, but it may not be appropriate for everyone, particularly those working in small spaces.

If you have enough room, separate each plants so that none of the green pets touched it.

When one plant becomes infested with pests or diseases, it is less likely to spread to other plants.

Experiment with your height:

Whether your space is tiny or huge, you can make greater use of it by using height variations in your plants.

With trailing plants, you may hang them from a shelf and let their leaves fall onto the pot, making it even simpler.

Allow them to soar:

Monsteras and Pothos can be trained to climb a moss pole or a wall instead of another plant nearby.

If in doubt, remove it:

If you’re short on space and your plants are overgrowing, consider trimming them to give them more ‘breathing’ room.

What else is big a problem for plants?

Other than touching, here are some other things that are bad for plant health and growth.

Either too little or too much light is present. Both too much and too little light can kill plants and inhibit their growth.

Either an excessive or insufficient amount of water. Plants can drown if they are watered in excess or too frequently. Again, too little water can inhibit photosynthesis.

Pots in small sizes. If there is not enough room for the roots to spread, plants cannot grow properly.

Although most plants prefer to have no contact with their owners, there are several circumstances in which it is vital to touched your green companion.

Reduce your contact with your plant and let it grow in peace.

You will have to touch your plant at times, but avoid doing so with very small seedlings or sick plants – you could make them much worse. 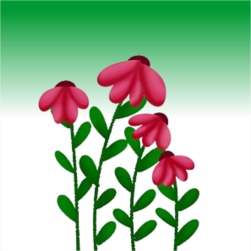 Hello & welcome to Gardenstory! I'm Rushali and I have a passion for all garden design, decor, and renovation. I am a serial renovator, currently working as Civil Engineer. Look around, leave a comment, and don't forget to subscribe to my emails so you don't miss out!